Identity Politics and the Sclerosis of the American Left

We are at an interesting point in American history. We are at the apex of a 40-year triumph of neoliberal ideology in the US, and in fact, the world. At a time where public policy challenges are greater, and more global than ever, governments are less capable and less functional than ever. As a gridlocked Congress and lame-duck executive now struggle to pass the most basic of bills to keep the government open, its worth taking a look at how exactly we got here.

A quick look at our own history reveals it was not always this way. The Greatest Generation of voters and policymakers dug the country out of the Great Depression, fought a massive war on two fronts, and completely re-built the American economy in relatively short period of time. They were driven by more than just the necessities of winning wars and stopping depressions; they knew their work was deeply meaningful. They were changing not just their own lives but the entire trajectory of human society.

The unparalleled prosperity in the years that followed became its own worst enemy. The relative peace and prosperity of the post-war years led to a vacuum of meaningful employment and public engagement. The advertising Mad Men of Madison Avenue took full advantage of this vacuum, filling it with a potent, but pernicious focus on the self, on consumption, on branding, and in the process created a radical new way of forming human identities. 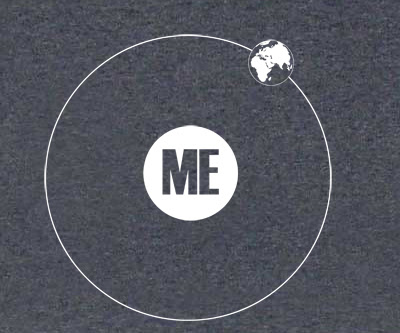 No longer was self-sacrifice  for the greater good a significant focus of people's lives. As the first generation of humans to be inundated with advertising from birth, the baby boomers unwittingly became a massive experiment in human social psychology. The new self-importance of post-New Deal American politics served perfectly the social movements that followed, and coalesced easily into the economic revolution of the last three decades.

The movements that shaped the baby boomer identities were uniquely uneconomic in nature, standing in stark contrast to those of their fathers. The Civil Rights, gay, and women's rights movements, along with sexual liberation while important, were movements focused exclusively on human identities. Discussions of economic power were almost entirely absent from these movements.

Perhaps no man embodies the rise of neoliberalism than Milton Freidman. Through his adept use of public media outlets to promote his radical message of market fundamentalism, Freidman was able to direct his message of individualism to a young audience eager to separate itself from the New Deal mentality of its parents. While the baby boomer motto of "dont trust anyone over 30" expressed frustration with the social conservatism and militarism of the previous generation, it, perhaps unintentionally, also condemned the New Deal values of class solidarity and economic struggle that had created the American middle class. As these values faded from America's political consciousness, they were replaced by the Freidman-esque focus on individual identity, freedom of self promotion, and adversity to leadership from the national government.

The last 30 years has show us that these identity-bases affiliations are as fragile as they are convenient. The absolute lack of any meaningful leadership from American politicians since the 1970's is plain evidence of the weakness of identity based politics. Not since Lyndon Johnson has a progressive politician taken the national stage and gone to bat for the bread-and-butter issues that are most important to America's middle class. The rise of identity politics has limited liberal movements to peripheral social issues, that while important, were addressed at the neglect of the core purposes and functions of national government. And once Ronald Reagan appeared on the scene, preaching an unapologetic message of greed, selfishness, and material prosperity, the identity politics generation was pulled right in. By this point, the Democratic party had been weakened by such an extent by identity politics, and had moved so far away from the bread-and-butter issues that had been its core, that it could not muster an effective opposition to the Reagan Revolution (and still cannot, to this day).

Neoliberalism thrives on identity politics. At first glance, neoliberalism is sleek, modern, and unoffensive. It can be easily explained and transmitted, like a zombie virus, through introductory college textbooks. It does not trip the political sensors of the identity politics generation. Unlike racism, sexism, or homophobia, it does not seek to deliberately sensor, constrain, or manage human behavior. But it ultimately does so, to a much greater extent, through a crushing blend of government power and corporate avarice. As a result, it has successfully slipped under the radar of so called "liberals" in the United States to an incredible degree, leading us to the economic dystopia we find ourselves in at the present day.The rise of unconventional candidates like Donald Trump and Bernie Sanders are clear indicators of the anger of the mass of America which has slowly and quietly been economically dispossessed by neoliberalism. 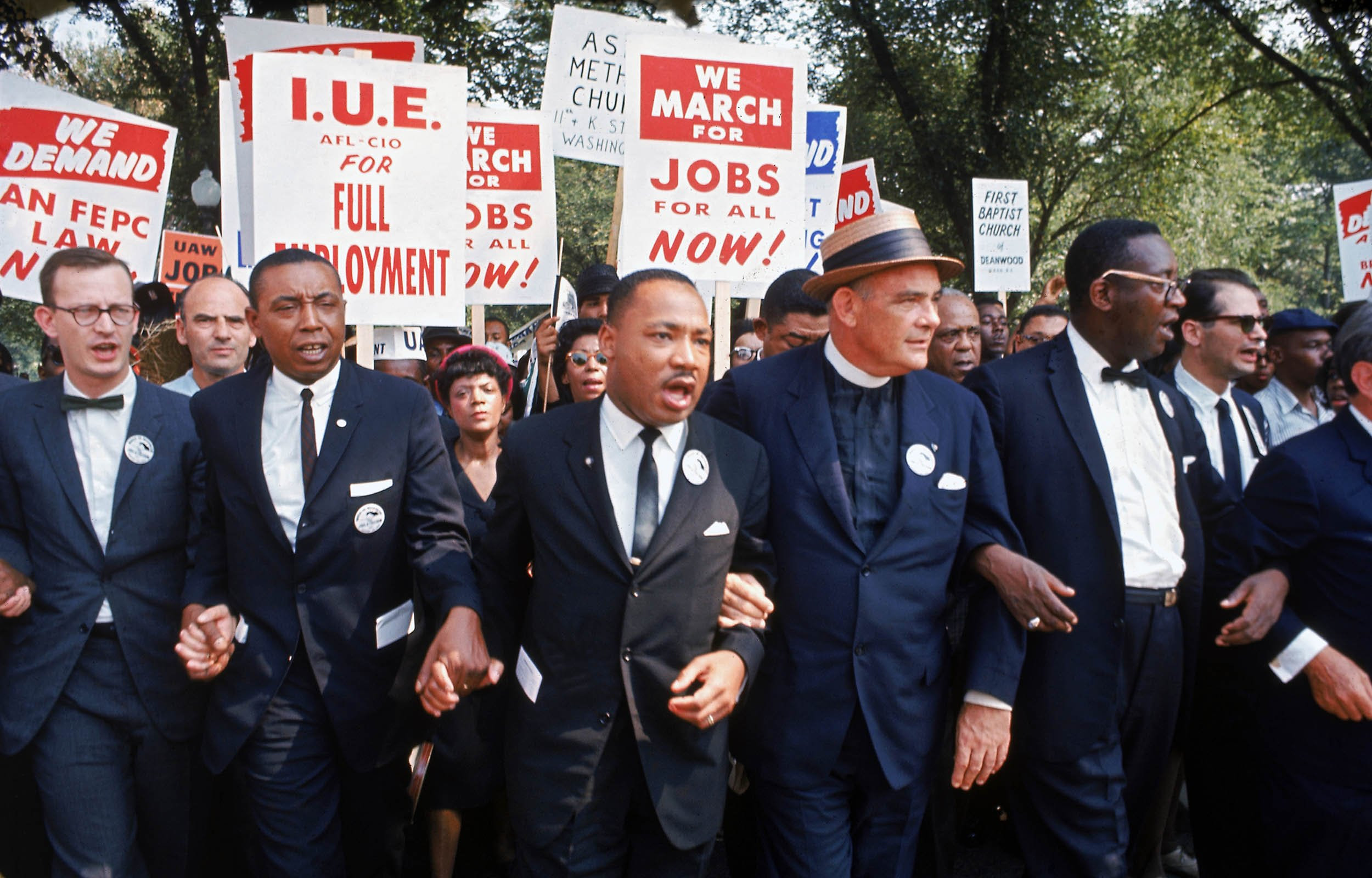 The state of black America is perhaps the clearest example of how identity politics feeds neoliberalism. The civil rights movement was a legal victory that culminated with the passage of the Civil Rights Act of 1964 and Voting Rights Act of 1965. The passage of those laws finally brought an end to the overt, institutional racism of American government. No longer was political power being used to constrain minorities in such obvious ways. Ironically however, these legal victories created a veneer of political success that allowed neoliberal economic policy to thrive, which in the end dis-empowered and dispossessed Americans of all stripes, to a degree not seen since before the civil rights victories had been achieved. Poverty, unemployment, and discontent--all the products of neoliberalism- are now nearly as tragically common as before the civil rights victories of the 1960s.

And these legal victories were not economic ones. As Dr. King knew all to well, the larger struggle was for economic rights. After the 1965 Voting Rights Act, King focused his efforts largely on economic issues, fighting for higher wages, union rights, and job guarantees. His assassination took place following a march in Memphis, Tennessee, in support of the black sanitary public works employees who were striking for higher wages. None knew better than King the importance of universal, guaranteed employment. Far more effective than any handout, subsidy, or welfare program, a job guarantee is all inclusive. It hires anyone wiling and able to work. Unlike other welfare programs, it could never be perceived as a special advantage given to favored minorities. This latter part of his legacy has been largely forgotten, but in King's own words it was equally important.

And while minority issues are important matters of national policymaking, they are, by definition, not the issues of importance to the majority of American citizens. In a nation built on the principles of majority rule, a focus on minority issues cannot be a successful electoral strategy. Therefore, the increasing focus of liberals on to issues that don't affect the majority of the country has created enormous political backlash, and come at the expense of the necessary focus on economics and the power dynamics of global capitalism.  Equal rights are much more effectively addressed through the court system, where calm, judicial analysis can be made on a case by case basis, away from the heat and tension of electoral politics. As the triumphant LGBT activists have recently demonstrated, using the judicial branch of government, instead of the politically sensitive legislative and executive branches, is a far more effective strategy for bringing about equality.

Perhaps nothing is more emblematic of the triumph of identity politics, and the sclerosis of the American left, than the ascendancy of Hillary Clinton as the heir-apparent of the Democratic party. In no other time in the history of the post-New Deal Democratic party would someone who had been so close with the economic and politically powerful be considered a viable candidate. In no other time in the party's history would someone whose main name recognition was largely due to spousal choice and not administrative success be an  implied front-runner. Yet here we are. The simplistic desire of the identity generation to have "the first female president" seemingly trumps her enormous flaws, both on her policy views, and as an effective candidate. The power of the Clinton dynasty is due entirely to the triumph of liberal identity politics.

On economic issues, the Clintons are far to the right of Richard Nixon (and their political cynicism makes Nixon look like a amateur). Their hostility to the well-being of the blue collar, unionized American working class is unparalleled in Democratic Party history, as is their post-government coddling by the corporate community.  It is only because of Hillary's perceived "progressivism" on the issues close to the bleeding hearts of identity liberals that she is anywhere close to being the party's nominee. 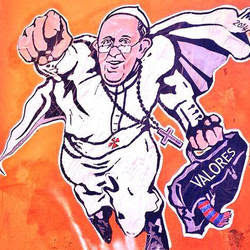 Never in the course of baby-boomer adulthood has a movement arisen to challenge the backward slide of the American middle class, the militarization of police, the rise of post-9/11 security state, or the impending catastrophe of climate change. No, as long as those 401(k) balances and home equity values kept going upwards, the boomers didnt make a peep. Identity politics ultimately makes for a crass, shallow, and fickle basis for political identification.

The rising insurgency of Bernie Sanders in the US and Jeremy Corbyn in the UK, along with the bold leadership of Pope Francis, may be indicators that this 40 year old political dynamic may be finally changing. The pendulum may now be swinging back to the bread and butter issues which delivered the New Deal Democratic party near total control of government for decades. Nothing could be more frightening to the global cabal of  neoliberal elites. And nothing could be more necessary to the prosperity of man and earth.
The Just Gatekeeper at 2:28 PM
Share